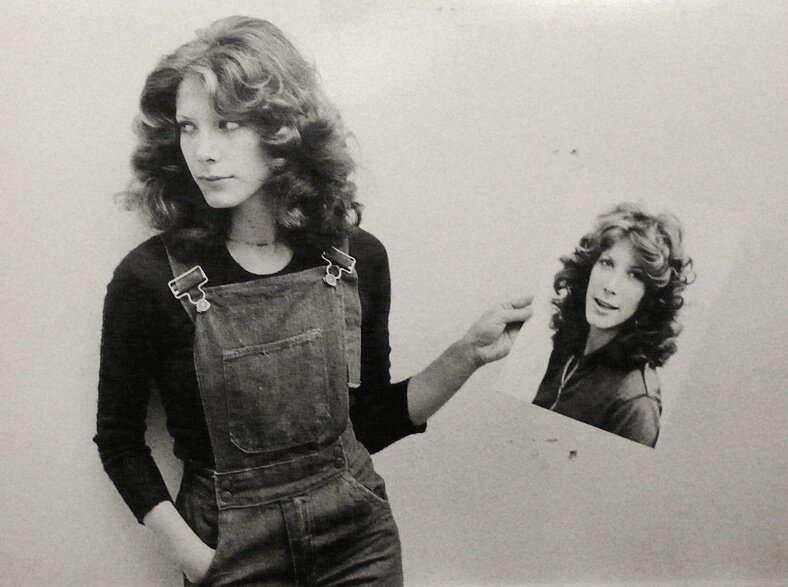 Instagram is More Feminist Than You Thought: The Influence of Cynthia MacAdams’ Emergence

Instagram is More Feminist Than You Thought: The Influence of Cynthia MacAdams’ Emergence

The 1970s: the midst of the Vietnam War, the Cold War, Ted Bundy, the breakup of The Beatles, and the Watergate Scandal. While tackling the new and old challenges of this eventful time period, women decided that simply having voting rights was not enough- they wanted more. Second wave feminism became one of the most powerful movements of the decade as women fought for equality in the workplace, in politics, and within the family.

Photographer Cynthia MacAdams and her innate eye for detail noticed that women began to look different during this time, so she aimed to capture it in photographs. The series is titled Emergence and exhibits women from all corners of life who display an immense sense of power– from their determined eyes to their assertive body language. American writer and feminist Kate Millet describes the photos by saying, “They’re a new kind of woman. You haven’t seen them before. Neither have I. At least not in pictures”. Women no doubt are becoming a force to reckon with at this time, and McAdams captures the start of it all in her photos.

MacAdams’ work is stylish yet simple- it captures women as they would normally present themselves, in casual yet individualistic poses as well as in a variety of angles. Some women are dressed casually, others more fancy, and some even nude. While the series includes ordinary women, it also has prominent artists, activists, and intellectuals including Gloria Steinem, Patti Smith, Jane Fonda, and countless others. When discussing why she chose the women she did, MacAdams said “I looked for women who could say, ‘F-off’, if they didn’t agree with you, for women who had strength and softness in their eyes and a directness in the way they dealt with their life”. Clearly, MacAdams’ goal was to shed light on the growing confidence, power, and strength in women as they fought for their rights.

Flash forward nearly 50 years later, where a simple scroll on Instagram can easily bring you various pictures of all kinds of women, often standing alone and in confidence. Social media is dominated by women of all ages and backgrounds, displaying themselves with great power through photos. Women present themselves online in a variety of forms, whether it's a selfie, a photo taken by a friend, or professional shots. Some choose to strut a bold bikini while others show off their business casual, but nonetheless, the same assertive posture displayed in McAdams’ series is pouring out of social networks for an even larger audience to see. Women are owning their bodies on an open platform, sending the message that they believe in their individual strength and beauty.

Many popular psychologists and analysts argue that this “selfie culture” can have negative effects on women, but the positive effects of taking a photo of yourself when you feel good is very rarely discussed. The most obvious positive effect of this is an increased self-esteem. As a spokesperson from FitRated explains, “Selfies can be an empowering display of self-love and a big self-esteem booster”. By posting a selfie, you’re empowering yourself, which in turn contributes to empowering women as a whole. Every woman who presents herself as a strong, beautiful individual, and truly believes it, is engaging in a form of feminism.

In addition, researchers from Bowling Green State University found that posting photos of oneself on social media “can express owners’ agreeableness, conscientiousness, neuroticism and openness”. In other words, posting selfies is a way of expressing one’s emotions and making a statement. A woman that presents herself assertively and with dominance is in turn sending a message to society that counters notions of docile womanhood.

Making a statement is exactly the goal Macadams had with Emergence, and although unintentionally, her work is certainly being reproduced by millions of women on social media. Author Kate Millett wrote about the effect of the series back in the 70’s saying , “A new breed of us is just coming into being… they with the new thing in their eyes. Looking back at you. And beyond. Because they’re the future”.

The women captured in the series certainly were the future, while the women all over social media today are the future. Every selfie you take is contributing towards a larger cause because you are openly embracing the femininity, strength, and power that comes with being a woman. Women have continuously displayed their strength openly since the second wave of the feminism movement, garnering respect from all and inspiring the next generations of women to continue to fight the seemingly endless fight of equality. Although this display of strength through self portraits changes forms as society advances, the confidence and power that radiates off of a woman stays the same.

So put on your favorite outfit and snap a selfie, not only because it’s empowering, but because it’s activism. It could very well be that in 50 years, your photo will be in the books, honoring women’s empowerment from the 2020’s.