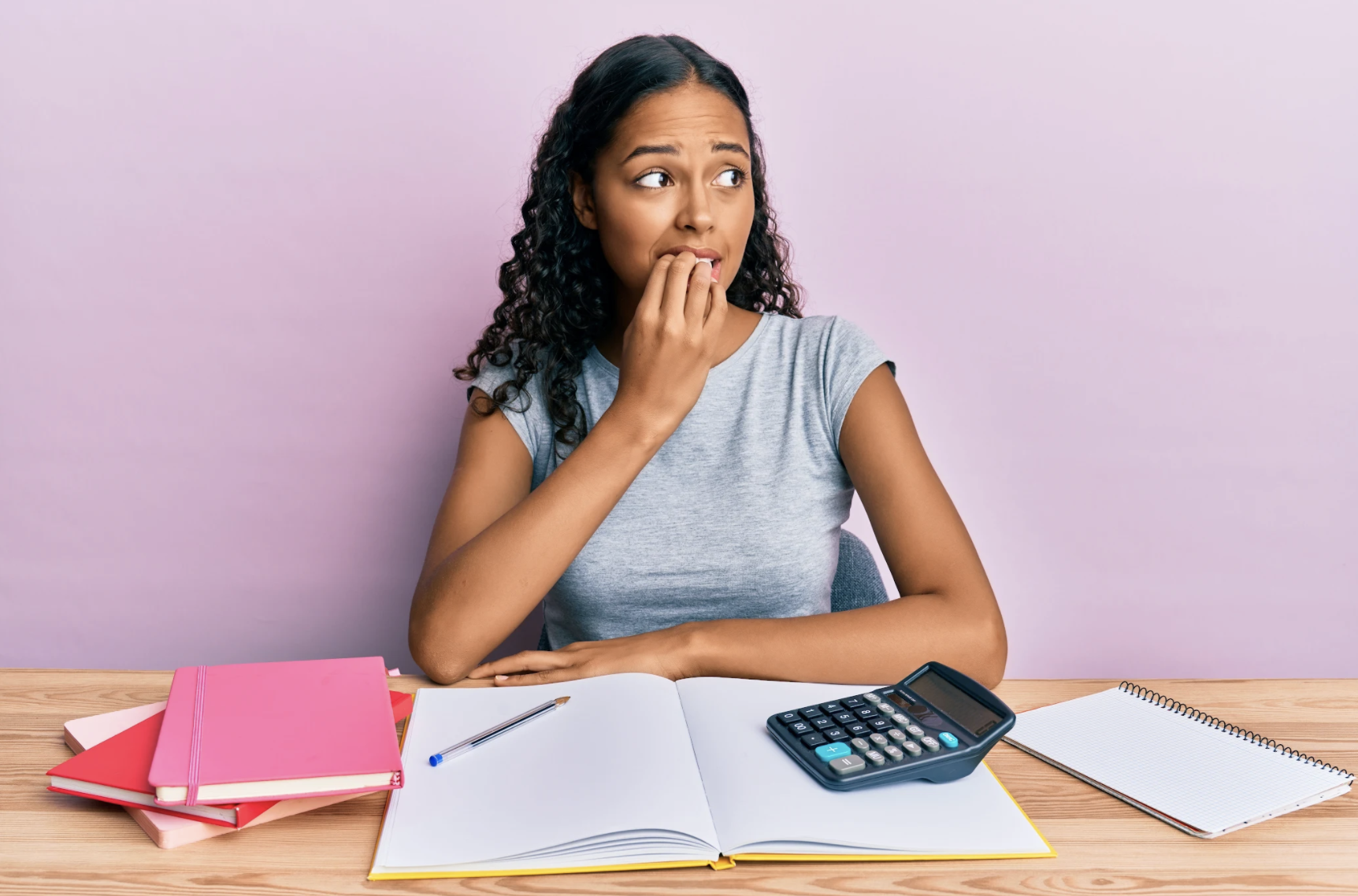 We Know About Impostor Syndrome, But Have You Heard of Stereotype Threat?

We Know About Impostor Syndrome, But Have You Heard of Stereotype Threat?

It's that feeling you get when your competence is being tested and you’re the only one who looks like you in the room. It might be a question from your professor or boss, a presentation, or just a test, and you might be a woman of color, an immigrant, or, especially if you're in business or STEM, one of the only girls. At this moment it would be nice if your answers to the questions or the talking points of your slides were the only things in your head. But they aren't: you also have to contend with thoughts like, “Those guys over there probably think I”m wrong,” “I don’t remember that reading, my professor is going to think I’m stupid,” or “I really need to not mess this up, otherwise people won’t take me seriously…because I’m not white, wealthy, cis-gender,...male.” These insecurities make your job so much harder. As it turns out, they have a name: stereotype threat. Stereotype threat is “the risk of confirming negative stereotypes about an individual’s racial, ethnic, gender, or cultural group which can create high cognitive load and reduce academic focus and performance” (University of Colorado Boulder, 2020). It has been well-documented as an impediment to women and minorities’ success. If you feel a) like an outsider because you belong to a marginalized group and b) unwelcome in your classroom or workplace, chances are you are not working or learning as well as you could be. This article is about the different types of stereotype threat you as a woman might be dealing with and about the things you can do to achieve your full potential.

The term “stereotype threat” was first coined in a 1995 Stanford paper comparing the test performances of black and white students. Researchers recorded black students’ scores on two versions of the same exam: one where they were led to believe the test measured intelligence, and another in which they were told that the test had nothing to do with their abilities. When black students thought their intelligence was being tested, they “underperformed in relation to [w]hites.” In the other condition, however, black and white students’ scores were equal. In other words, negative stereotypes about black people became self-fulfilling prophecies for students whose merit was actually the same as their peers’.

The American Psychological Association recognizes stereotype threat as a significant factor in students’ educational outcomes, arguing that it disproves historical notions that lower performance for minorities and women were a result of inherent group differences. It is a potentially powerful phenomenon. Firstly, it is pervasive: individuals may experience it in any context in which negative stereotypes about a group they belong to may apply. One of the causes of this pervasiveness is the fact that you only need to be reminded--consciously or unconsciously--of your membership to a stereotyped group for your performance to change. Stereotype threat quietly affects women in their scores on math tests, in their professions, from health care to finance, and in their willingness to take risks.

This last point about risk taking is very relatable for me. I may feel comfortable asking my female statistics teacher questions, but I was not proposing solutions to problems in my all-male computer science group last semester. The fact that I love compsci took a back seat to my urge to avoid singling myself out, putting my knowledge on display, and potentially falling short of perfection, thus confirming the idea that women can’t do STEM. This mentality keeps vast numbers of students from participating in class and getting both the education and the opportunities they deserve. I see classmates do this everyday, and I know they have great ideas; I wish they felt comfortable sharing them.

‍The Many Intersections of Different Stereotypes

Another absolutely crucial aspect of stereotype threat is that you may experience a plethora of different types, each hinging on a different aspect of your identity. Taking the intersection between sex and race, all women are still minorities in fields such as computer science, engineering, and finance, and are thus likely to experience stereotype threat in these environments; in addition, though, women who are racial minorities are potentially minorities most of the places they go and are likely to be treated as representatives for their race all the more frequently.

A math test works well as an example. While research suggests that women are in general just as competent as men in math, women with different racial identities may be hindered by different stereotypes. A white woman may worry about her competence in the middle of a math test because “girls are bad at math” while a black woman may feel the double burden of stereotypes about both her gender and her race--”girls are bad at math” and a more general “black people are bad students.” Similarly, a hispanic woman may feel that her grades are going to be monitored closely because her teacher assumes she is a first- or second-gen immigrant and will not be prepared for fancy U.S. schools. Finally, an asian woman may experience somewhat of a reverse pressure: because asians are supposed to be math wizzes, just doing okay will mean she is a failure. The list goes on for different ethnicities, sexual orientations, class backgrounds, you name it.

Stereotype threat is a force to be reckoned with. It causes attrition for women in professions in which they are a minority, and often leads to distrust in the people you are working with, which takes a major toll on social wellbeing over time. In this same vein, the feelings of being an outsider which come with this phenomenon tend to cause chronic stress, and therefore must be carefully handled. Overall, stereotype threat must be acknowledged and addressed because it is costing girls good learning experiences and opportunities and costing women good careers--as well as peace of mind.

On the bright side though, congratulations: for all of the stereotypical stuff you feel like you’re bad at, you are probably better at it than you think. Better than your player stats, your test scores, and our general society’s conventional wisdom say you are. That’s pretty cool. Now, we all just need to figure out how to get ourselves doing as well as we really can.

‍What to Do Moving Foward

Fortunately, plenty of research has also been done on how to counter stereotype threat. Research shows that students can significantly reduce their experiences of stereotype threat if they take time to reflect on their own values (Cohen et al., 2009) and individuality (Ambady et al., 2004) before, say, taking a test. Additionally, approaching intelligence with a “growth mindset,” or a mentality in which you see your skills as flexible rather than fixed, helps break down the validity of stereotypes that are based on supposedly inherent qualities of different groups (Aronson et al., 2002). Use these tools, and you will begin to chip away at the conditioning that has kept you from relaxing and doing your best. There are also ways for institutions to curtail stereotype threat worth spreading the word about. Multiple studies have found that having a large enough group of a minority, or a critical mass, decreases stereotype threat for that group (Kanter, 1977). As the number of minority group members grows, they are less likely to be viewed as tokens and therefore representatives of their category. A study done on Norwegian companies actually posits that the number of women needed in a board of directors to achieve a critical mass is a very precise three. Now that doesn’t sound so bad.

This Stanford University handout and this Brown resource page also discuss achieving critical masses and outline other ways that educators can help alleviate stereotype threat among students--a great resource for sharing with administrations and faculty. Finally, it is important to recognize that we as students may be able to implement some of these strategies in our own clubs, organizations, even study groups. We can help each other by being mindful of when our classmates and friends might be experiencing some sort of stereotype threat and doing what we can to facilitate environments in which no one has to contend with this obstacle. 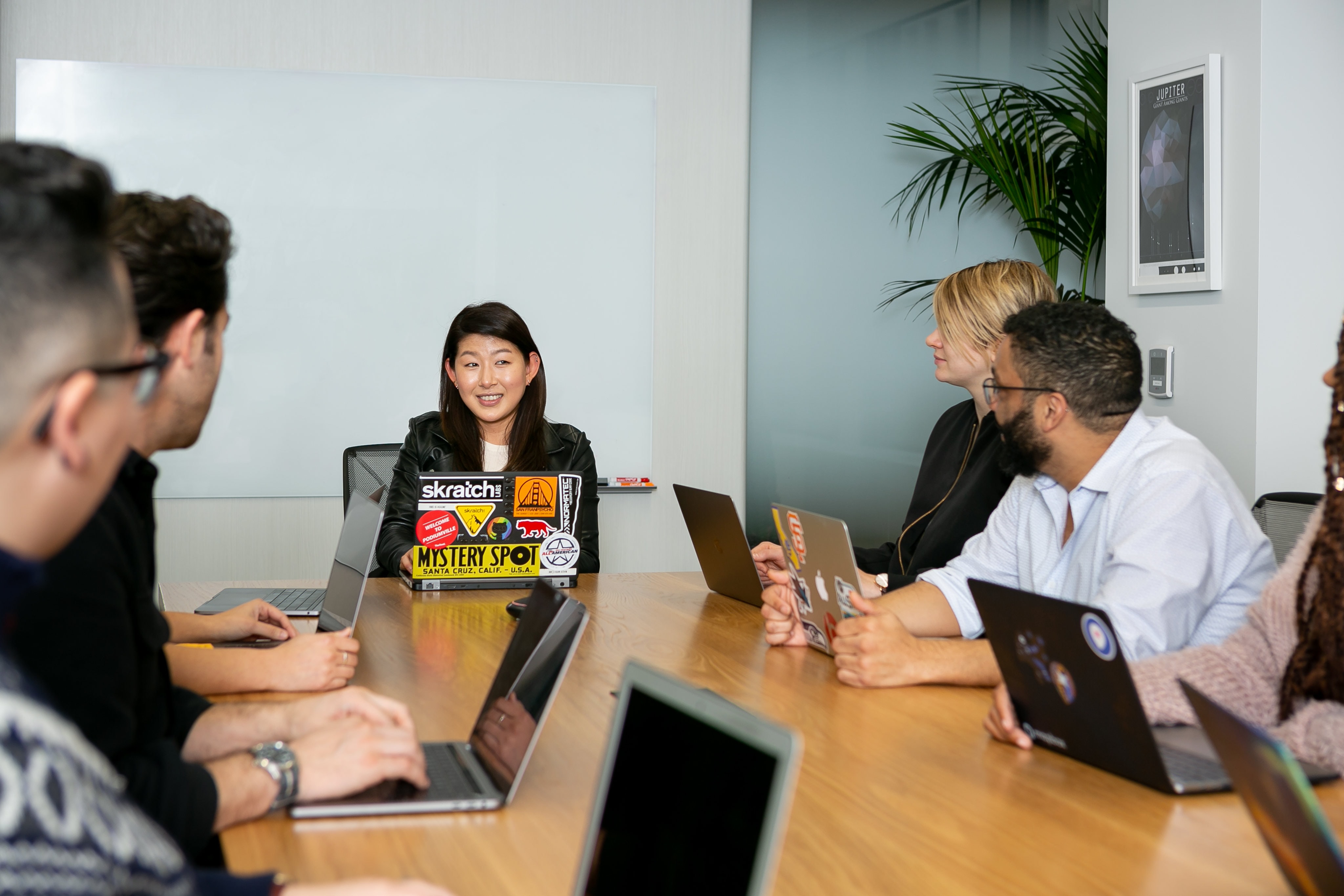 Shyness and Success: Do You Need to Be an “Alpha Female” to Be Seen as a Leader?
Read the Article

Stereotypes, Gender Inequality, and the Importance of Voices to Women in a Computer Science Dominant School
Read the Article