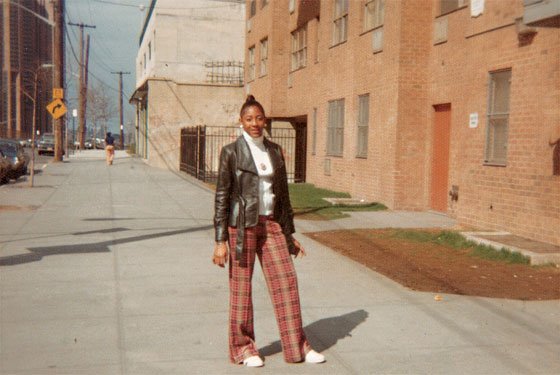 The Female Contribution to Hip Hop

The Female Contribution to Hip Hop

In 1973, Cindy Campbell hosted a "Back to School Jam" to raise funds that would go towards her new school wardrobe. Cindy made invitations out of index cards, charged 25 cents for girls, 50 cents for guys and rented a 25-dollar recreation room in The Bronx for her big event. She requested that her brother, DJ Kool Herc, provide the entertainment for the party. Ever since, DJ Kool Herc has been credited with birthing Hip Hop, while his sister's impact remains generally unspoken of.

Due to her status as the very first Hip Hop Promoter, Dance Data Project refers to Cindy as "The First Lady and Mother of Hip Hop." In the years after her influential party, the young pioneer established herself as an ambitious and successful woman. She eventually graduated from the Fashion Institute of Technology in New York, competed in the Miss Black America Beauty Pageant Contestant, and worked as a cosmetologist, real estate agent and model. However, like her brother, she remained heavily involved in the Hip Hop Scene. She worked alongside DJ Kool Herc for many years, orchestrating his movie deals, photoshoots, interviews, and other media appearances. She is also the founder of Hip-Hop Preserve Inc., a non-profit organization that aims to preserve the origins of Hip Hop and provide Hip Hop artists with necessary resources. Despite Cindy's influence, she remains a "hidden figure" to most. To this day, women are not credited as much as their male counterparts for their contribution to Hip Hop. Joan Morgan's novel When Chickenheads Come to Roost examines the lack of appreciation for women in the Hip Hop domain.

When Chickenheads Come to Roost explains how Black women have socially and culturally influenced society. Morgan coined the term "Hip Hop Feminism" in 1999 when she released this novel. It is important to note that women were influential in the Hip Hop scene long before "Hip Hop Feminism" was printed on paper. Performers like Queen Latifah, Monie Love, Foxy Brown and Lil Kim were establishing the female presence in Hip Hop and interrupting gender power dynamics before Morgan's novel was published. However, Morgan created the phrase "Hip Hop Feminism" to encourage others to understand that the contributions of female Hip Hop artistes and MCs are instrumental and worth focusing on as most of the credit and attention is given to Male musicians. In the words of Morgan, "In every facet of hip hop music and culture, women have been innovating and setting new precedents, yet most connoisseurs of hip hop remain unaware of how women have actively shaped its culture and music from inception." This statement explains why history does not highlight Cindy Campbell as much as her brother, and why women are still battling sexism in the Hip Hop scene today.

Without a doubt, sexism remains alive in the Hip Hop community. The media often pits female musicians against each other, as if there are only a limited number of spots for female performers who want to be a part of the community. Additionally, we often hear misogynistic lyrics from male rappers while female rappers are often criticized for not sounding civilized in their music. This hasn't stopped female performers from gaining universal recognition and challenging the statistics created by male performers. Rappers like Noname, Cardi B and Nicki Minaj are among those who play a role in Hip Hop being widely appreciated by modern society. Even though Hip Hop initially ostracized women like Cindy Campbell, modern female rappers are making it known that the genre holds a place for women too. As stated by Sarah Sherard, "Nicki Minaj is a rapper. Cardi B is a rapper. Noname is a rapper. Every woman that raps is a rapper. No ifs, ands, females, or buts about it."

Women have been contributing to Hip Hop ever since Cindy Campbell hosted her party in 1973. Today, internationally renowned female rappers are making sure that the genre showcases female talent too. Needless to say, the women who have kept Hip Hop alive deserve as much appreciation and applause as male musicians do. These women send the message that despite the sexism that exists in any domain, women can find a way to thrive.