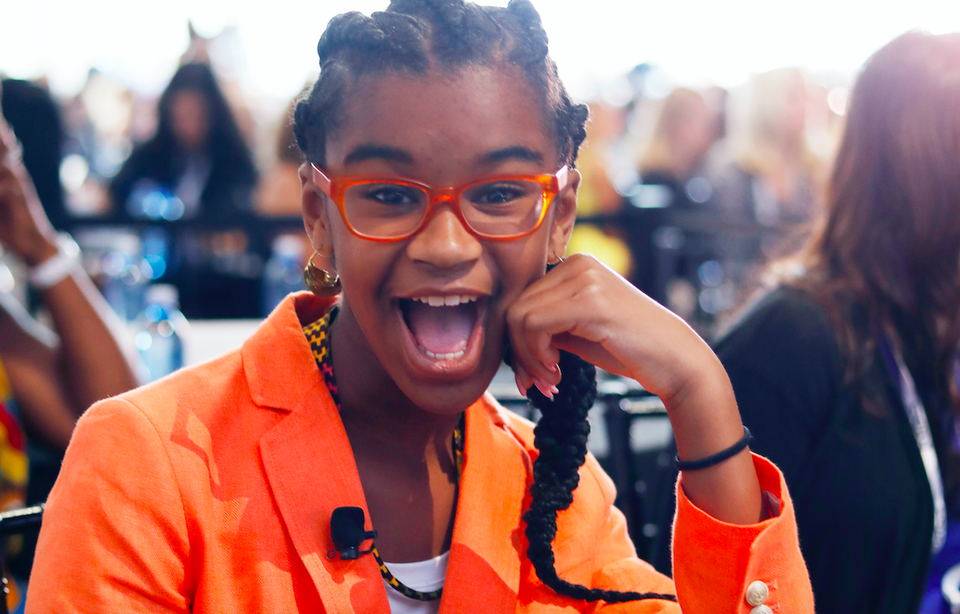 Find Something to Fight For: The Lesson an Eleven Year Old from New Jersey Taught Us

Find Something to Fight For: The Lesson an Eleven Year Old from New Jersey Taught Us

Middle school: a time of braces, awkward hairstyles, and for many of us, embarrassing memories.

When I was in middle school, I spent most of my time complaining about homework, boys, and how I didn’t have the coolest Instagram feed out of all my friends. I was so consumed by my own bubble of privilege that real struggles and hardships very rarely crossed my mind. This was not the case for eleven year old Marley Dias from New Jersey, who found something important to complain about, and took action. Marley noticed that her school had no books that were representative of young black girls like herself, and immediately formed a campaign known as #1000BlackGirlBooks to collect books that featured protagonists that were more relatable. Now, six years later, Marley has continued to fight for what she believes in by writing her own novel, producing a series on Netflix, and hosting a conference meant to empower young girls titled “Rebel Girls Fest: Adventure Awaits”. Although at first Marley’s story may be a slap in the face, considering many of us have not created campaigns and been on Forbes 30 under 30 list by age sixteen, at a second glance it's very clear that Marley’s passion is something that we should all strive to have.

At the core, Marley and I share a few similarities. We both grew up in New Jersey school systems with a passion for reading, and mothers who encouraged us to be independent and follow our hearts. However, at eleven years old, I wasn’t sure where my heart was guiding me. Marley held such a maturity at a young age to think of not just herself, but others, with little guidance from her parents. Marley even came up with the idea of donating the thousands of books she collected not for her own school, but for a school in Jamaica. Marley explained, “I didn’t pick my own school because I realized that even in all-black spaces like Jamaica, where it is majority black people, they don’t see themselves, and the narratives of white people are still being pushed on to people ''4. There’s no doubt that Marley’s ability to think of people beyond her own personal sphere at eleven years old is extraordinary, and although she may be a normal young girl at the core, she certainly is rare when you look at the entire picture.

Luckily, activism is not restricted to a certain age. No matter what age you acquire the ability to listen to your heart, you can get involved. The key is to have something you’re passionate about– something to fight for. This may not come easily to everyone, as there are thousands of causes people all around the world are advocating for. From my personal experience, it’s important to educate yourself on what is going on in the world– learn about people from every continent and listen to their struggles. Absorb every piece of information you can and see what speaks to you the loudest. I discovered that there were so many things happening outside of the bubble of black and white I trapped myself in, and by exploring other possibilities, I started to bring color to my life. From climate change, to women’s rights, to racial equality– there’s bound to be a movement that can introduce new colors to your life.

But why is it so important to be involved in a cause? Two words: mental health. Activism itself is proven to improve mental health because it builds a sense of identity and empowerment1. There’s even a whole scientific phenomenon titled the “activism cure”, founded at Berkeley College, which concludes that people who give to others have healthier, happier lives 2. Studies have found that activism allows you to take greater control over your life, which prevents you from helplessness and hopelessness since it creates a sense of purpose. It also enables you to be more resilient, due to its positive impact on personal identity, empowerment and self-preservation. On a more scientific level, activism has been proven to release dopamine, which can greatly improve a person's sleep, attention and mood. Activism has many personal benefits, along with the fact that you’re contributing towards making the world a better place. There’s no doubt that activism has countless benefits, whether in just the personal sphere or the entirety of humanity.

When Marley was asked to explain her purpose in life, she said it is to “motivate young girls, regardless of their race or their experience, to get out there and do the things you love and that will help other people”4. Marley certainly has met her purpose, as she has inspired me to truly find the importance of activism and share this information with The Women's Network. I hope Marley’s story calls you to action, no matter what age you are, and inspires you to find something to fight for.