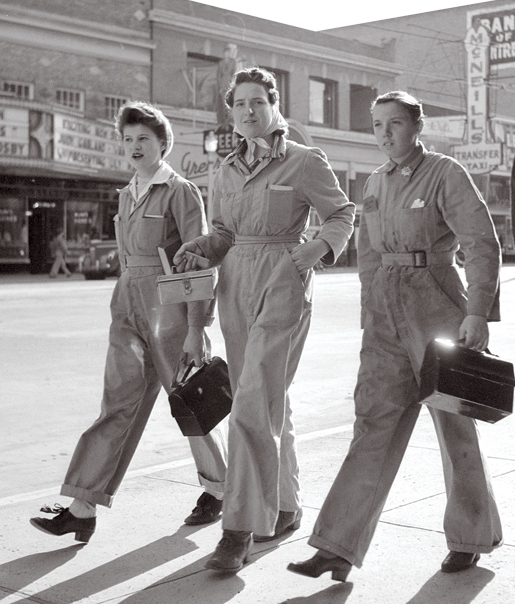 In modern times, women’s workplace fashion embodies a form of self expression while maintaining an element of professionalism. Incorporating personal style into your typical nine to five look is essential to boosting your confidence and overall work performance. However, establishing a signature look at work is not a luxury women have always had. The evolution of women’s workwear reflects the ever evolving role of women in the workforce. In most cases, the amount of control a woman had over her fashion choices was determined by what job she had. Nonetheless, let’s take a look back in time at female workplace fashion through the decades.

It was only in the early 1900s that some women were allowed to establish themselves in the workforce. Women commonly participated in factory jobs or domestic service tasks. In a factory setting, it was especially challenging to be expressive through fashion choices. With a domestic service job, the employer would heavily impact one’s clothing choices. Women often resorted to simple forms of self expression like wearing bandanas, hair ribbons, or boots of their choice. However, the 1920’s brought on a more relaxed approach to workplace fashion. As the women’s suffrage movement emerged, many ladies abandoned corsets and opted for shorter hemlines. On the contrary, women often had an assigned uniform serving as nurses or waitresses. Yet, the notion surrounding a woman in uniform was mildly controversial following World War I. This was due to gender stereotypes valuing the preservation of traditional feminine fashion.

Between the late 1930s and early 1940s, World War II turned traditional gender roles upside down. With so many men fighting overseas, women were obliged to take up jobs outside of their typical social sphere. As the 1930s emerged, women’s workwear was primarily centered around practicality rather than style. Durable workwear like denim overalls was the typical look. This was a functional approach to fashion considering many women were likely working jobs in harsh outdoor environments.

The late 1940s to 1950s brought back a more traditional, feminine look. In the post-war world, fabrics were in short supply causing women to take a simple approach to workwear. They delicately emphasized their figure with cinched waists and dresses. Conservative fashion was donned in formal work environments, enhanced with soft makeup, and wide swing skirts in the late 1950s.

The 1960s on the other hand brought on an array of pop culture trends centered around the younger generation. Women began investing more into their personal look and expressed themselves through shorter, tweed skirts, and boxy jackets. One of the most memorable embodiments of this look was displayed by none other than Jackie Kennedy. Throughout her time as First Lady, she was known as a 1960s style icon for women across the United States. Her most iconic outfit of all time was her pink Chanel suit worn on the day of her husband’s assassination. Her timeless pink suit was a trademark look for that time period.

Moving on to the next decade, the 1970s brought about a new era of female empowerment. Activism was prominent during this time, resulting in resistance to the patriarchal norm. The biggest fashion statement from this era was women wearing pants in the workplace. Previously, it was almost unheard of for a woman to wear trousers as opposed to a “proper” skirt, but bell bottom pants became the new trend. This wave of empowerment extended to furthering racial inclusivity in the workplace. Black women were finally given more opportunity to pursue higher paying careers opposed to that of domestic service. While such fashion trends were applicable to women of color, Black women were held to an unfair standard compared to that of white women. For years, Black women have faced discrimination for their natural hair. Businesses often made these women feel obligated to straighten their hair discriminating against their natural, protective hairstyles.

This wave of empowerment in the 1970s only brought on a strong surge of powerful female fashion in the 1980s. Women often rocked statement pieces including bold, bright colors, shoulder pads, and chunky jewelry pieces. The loudness of fashion from this era reflected women’s desire to establish their authority in the workplace.

Nonetheless, female workwear took a complete one-eighty in the 1990s. This decade brought a return to minimalistic tones in contrast to the bright colors of the 1980s. Women were commonly seen wearing neutral tones and darker jackets. Shorter skirts and chokers became the new trend.

Present-day fashion trends in the workplace incorporate a variety of elements from the past. The most important aspect to modern fashion is staying professional while wearing clothes that best suit your personality. Styling oneself appropriately for workplace dress code while incorporating self expression ultimately empowers one’s ambition. One of the most prominent fashion trends in recent years are pantsuits. With suits varying in colors and patterns, you can easily mix and match blazers and trousers to best suit your style. For a more personalized look, you can throw your blazer over a blouse or turtleneck top and accent your look with your favorite jewelry. As for shoes, you can finish off your look with a stylish pair of boots, flats, or heels!

Additionally, many states have been working to establish laws that protect Black women from facing discrimination for their natural hair in the workplace. This progression works towards reforming the racial bias our society has towards workplace professionalism.

Regardless of what look you choose to rock at work, we exude the energy we create for ourselves. Through exercising the “look good, feel good” mentality, you can transform the way others perceive you. If you do not have your set workplace style established yet, do not fear! It takes time finding what best suits you, so do not be afraid to mix it up and try out new prints and colors to step outside your comfort zone.

Above all, never underestimate the power of wearing outfits that make you feel confident in the workplace. Maintaining this positive headspace can help pave the way for increased performance at work. Comfortability in workplace fashion also helps women feel more confident in pursuit to accomplish their ambitions. Powerful outfits ultimately encourage us to adopt the characteristics associated with them, so remember that the next time you are hesitant to rock a new power suit! 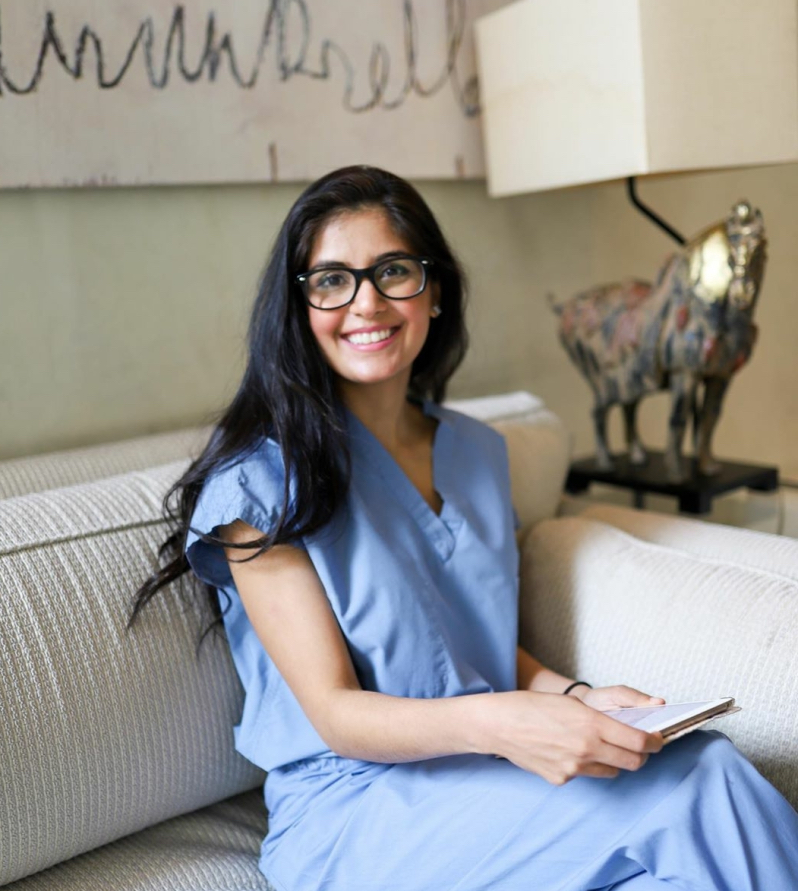