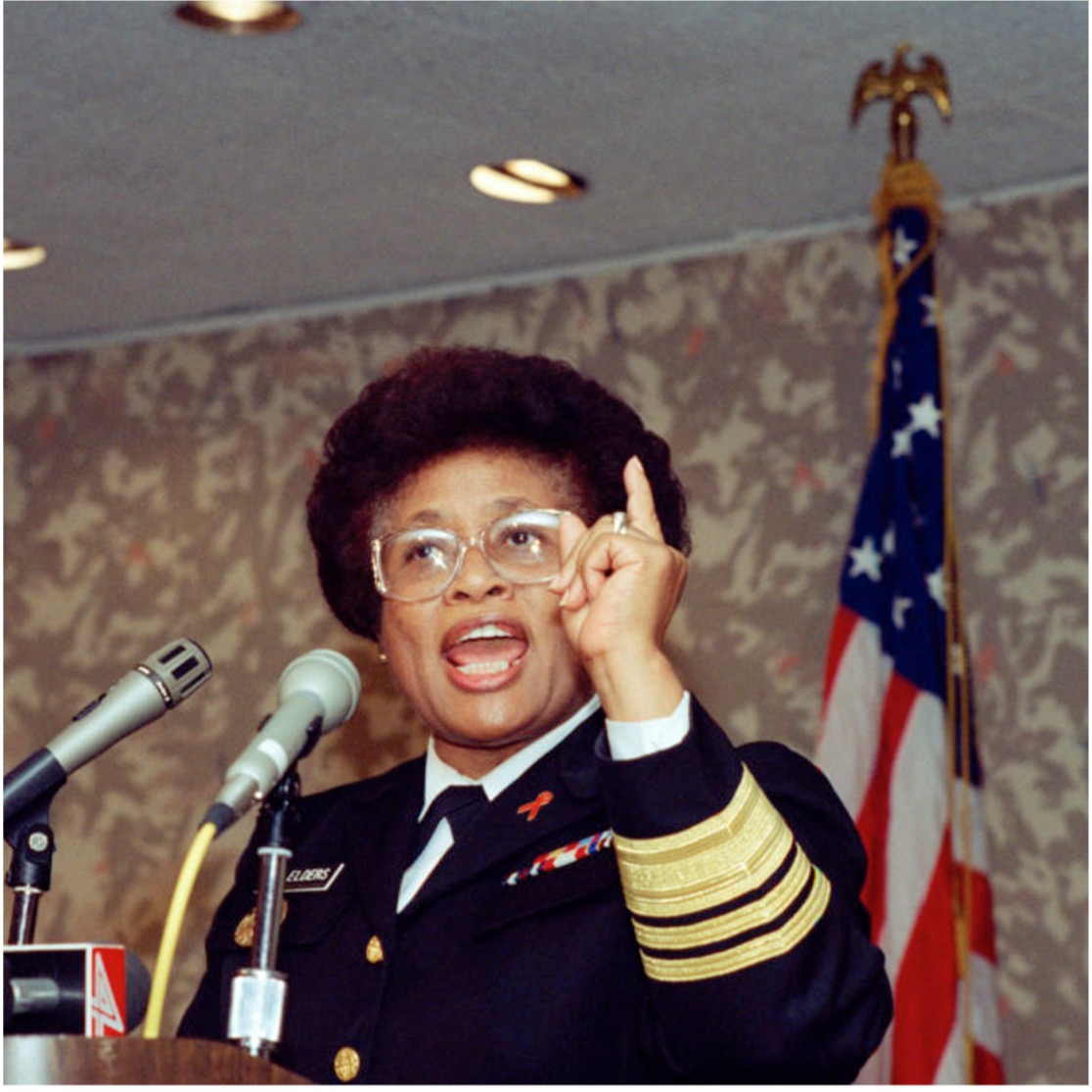 Joycelyn Elders: The Undiscovered Story of an Ambitious Woman in Public Health

Joycelyn Elders: The Undiscovered Story of an Ambitious Woman in Public Health

Many people who study medicine or Public Health know the story of Ignaz  Semmelweis, the father of handwashing. Personally, I knew the story before I had  read about it in my epidemiology textbook, and so I was taken aback by the  absence of a key point in history that the textbook authors had left out. Ignaz  Semmelweis had conducted an informal case-control study on factors that affected  childbed fever, or deadly post-partum infection, by observing two different clinics: one in which medical students who also performed autopsies worked in, and  another that maintained strict hygiene protocols. What the textbook had left out— and what I had already known as a woman interested in medical history—is that  the people who ran the latter were mostly nuns and female nurses. While this was  probably seen as a small point to the authors of the textbook, it had sparked the  question in my head of how many other women have contributed to medicine and  public health without any recognition. From this experience I believe it is crucial to  amplify the voices and stories of ambitious women in this field, one such being Dr.  Joycelyn Elders, the first black female United States Surgeon General.

Growing Up and Early Career

Dr. Elders, then Minnie Lee Jones, grew up in a rural area of Arkansas  during a time where segregation was open and rampant. Her and her seven siblings  worked alongside their studies to make ends meet, and eventually to pay for  Joycelyn’s bus fare when she entered college at the age of 15 on a scholarship  granted to her for her excellence in school. At that time, she loved studying science  and decided that becoming a lab technician would suffice; being a doctor was  never a thought that even crossed her mind. She had not even seen a doctor until  she was 16 years old and once stated in an interview, “You can’t be what you don’t  see.” She didn’t even think that she could be a salesclerk in a clothing store  because she had never seen a black saleswoman and assumed that that was not an  option for herself.

Her goals in life broadened at a sorority event when she met Dr. Edith Irby  Jones who had been the first African American to attend the University of  Arkansas Medical School. Dr. Jones became a huge inspiration for her and since  meeting her she wanted to be a doctor to help children. With her newfound  ambition, hard work, and natural intelligence, Elders graduated college in 3 years  at the age of 19 and entered the Army.

During her service, she was trained as a physical therapist and practiced in  army hospitals. She then went on to attend the University of Arkansas Medical  School like Dr. Edith Irby Jones and was the only woman to graduate in her class  in 1960. During her time there, despite the recent Brown v. Board case, she  experienced a considerable amount of segregation and hardships. After medical  school she entered a pediatric internship at the University of Minnesota, and later  returned to Arkansas for her residency.

As a resident, Joycelyn Elders rose to become the chief pediatric resident  that managed a team of residents and interns that was entirely comprised of white  men; she later became a pediatric research fellow. She also received her master’s  degree in biochemistry from University of Arkansas and went on to join the staff  and eventually become a full professor.

Dr. Joycelyn Elders greatly contributed to the field of medicine and public  health by using her unique clinical experiences and extensive research in pediatric

endocrinology to publish a multitude of papers. Her focus on growth complications  and juvenile diabetes influenced her attitudes towards health behaviors amongst  youths, so she began to advocate for youth health and study sexual behavior. For  example, she noticed the health risks involved for young girls with diabetes falling  pregnant which led her to advise her patients on safe family planning and sexual  practices.

It was 1987 that Dr. Elders was recognized by former President Bill Clinton  and appointed as the head of the Arkansas Department of Health. In this position  she was able to use her ambition and knowledge to make wide scale change and  advocate for clinics and sex education—especially tackling teen pregnancy— despite a large pushback from the conservative and religious groups in Arkansas.  She viewed teen pregnancy as a continuation of slavery as black women were  disproportionately affected by unwanted pregnancy that had lifechanging effects  due to a lack of access to education and contraception. Even in the face of great  opposition, she was a key player in the state passing a mandate for K-12 sex  education, substance-abuse prevention, and self-esteem programs. Elders was also able to double the number of children immunized, expanded the public prenatal  program in the state of Arkansas, gave attention and support to home-care options  for the terminally and chronically ill, and much more.

Due to the many successes that she accomplished for public health in  Arkansas, Dr. Elders was nominated by Bill Clinton for the position of U.S.  Surgeon General. Before being appointed to this position, one must be confirmed  by the Senate. This process was extremely unusual in Dr. Elders’ case due to pushback from senators concerned with her opinions and reputation for being vocal  about sexual health. Additionally, she experienced classism, racism, and sexism  from the senators and the American Medical Association; they had tried to pass a  resolution to decree that only doctors could become U.S. Surgeon Generals  because they did not believe that Dr. Elders was a physician. Nonetheless, she was  appointed in 1993 and went on to influence President Clinton’s efforts to  reorganize the healthcare system and ameliorate the nation’s public health.

She faced much criticism by bringing controversial and taboo topics to light,  all while making progressive suggestions that tended to rock the political boat. In  many of her positions that would be widely accepted today, she was very ahead of  the curve during her political tenure. Since the topic of sex education was a  political battle ground at the time, her outspoken nature was widely unappreciated. She was even dubbed “The Condom Queen” by many politicians that disagreed  with her work. Similarly, she was eager to address the issue of HIV that remained a

politicized topic during the Clinton administration, as well as be open about the  failures of the War on Drugs and the potential of marijuana legalization. She  acquired more and more bad publicity as media outlets skewed her words and  painted her as a radical, so she only remained the U.S. Surgeon General for a little  over one year when President Clinton had asked her to resign as he became more  affected by the Republican takeover.

She was not deterred by this setback and returned to being a researcher and  professor at University of Arkansas and the Arkansas Children’s Hospital. She  continued to tour and give lectures about teen pregnancy and sexual health, as well  as the legalization of marijuana. She also spoke out against the military ban on  transgender people, and she constantly continues to encourage more black people  to become doctors in this country while openly criticizing the white-male  hegemonic power in society and in medicine.

In an interview with New York Times, Dr. Elders was asked, “U.S. News  and World Report described you this way: ‘She's intolerant, preachy, judgmental,  and overbearing. She's bright, articulate, passionate and kind.’ Is that an accurate  description?” To which she replied, “It's . . . pretty good. I'm only overbearing to  the people I need to be overbearing with. You've got to get people's attention  before you can achieve change. As Surgeon General, you have to take a stand.  People are either going to love you or hate you.”

Dr. Elders serves as an inspiration for us all. She is a prime example of an  ambitious woman who sticks to her morals and does what she knows is right—no  matter the consequences. She faced waves of public backlash, mistreatment, and so  many hardships for the sake of her passion for public health and wellness. Her  story also serves to remind us of the importance of representation and networking;  if she had not met her inspiration and mentor Dr. Jones, it is possible that she  might not have gone on to do the amazing things that she did just because her  options for herself were limited to what she saw.

I hope we can all learn a lesson from Dr. Elders and her story so that we can  feel empowered to stick to our morals and strive for success without fear of  naysayers, and so that we can continue to learn about and share stories of women  like her, especially in the fields of medicine or other sciences, amongst our friends  and with younger girls to encourage a bigger and stronger generation of ambitious  women.

If you are interested in learning more about Dr. Elders, I encourage you to  read her autobiography, Joycelyn Elders, M.D.: From Sharecropper's Daughter to  Surgeon General of the United States of America. 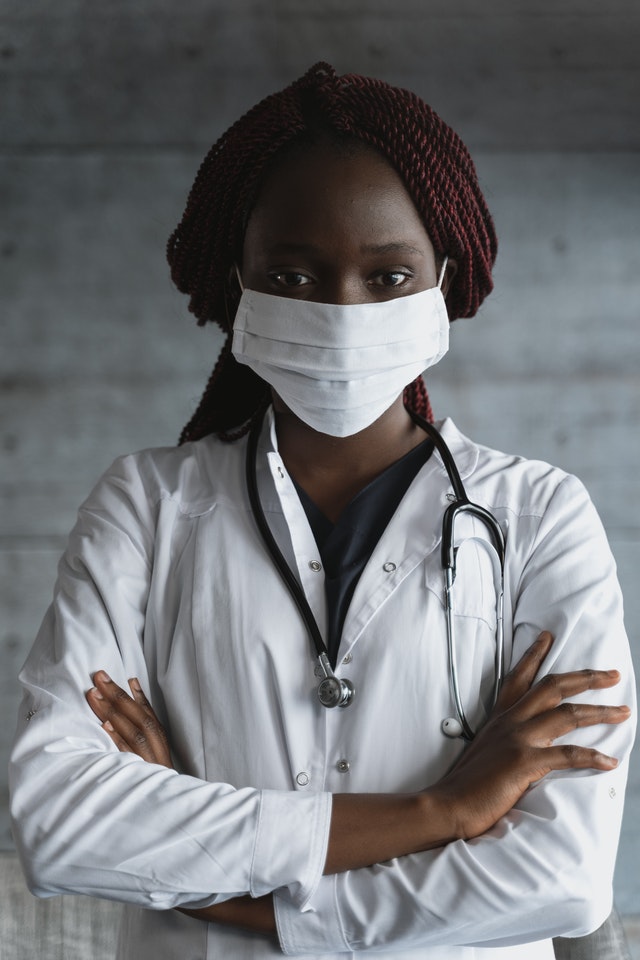