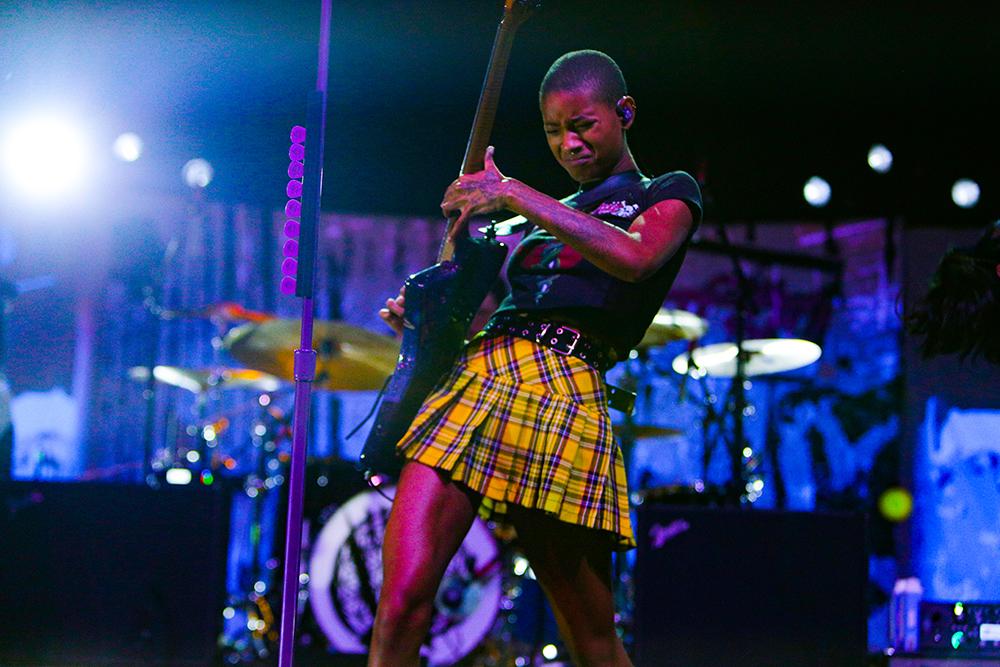 Binghamton, NY, has long served as home to Binghamton University — a well known focal point of a city rich with culture and art. Lesser known, however, is Binghamton’s glowing track record of musical guests, including but not limited to: Post Malone, Doja Cat, 21 Savage, Five Finger Death Punch, and the Foo Fighters. Binghamton has stood at the heart of musical celebration, promoting camaraderie and harmony amongst fans, locals and students alike. In recent years, Binghamton University’s Student Association has been tasked with procuring openers and headliners for B.U. 's annual fall concert, connecting with aforementioned guests such as Post Malone in the outset of his rise to stardom. This year, however, the Student Association has taken a step forward in welcoming to the stage their first female headliner — singer, actress and philanthropist Willow Smith.

Willow Smith has seen immense success as an up and coming musician, as evidenced by her genre-spanning discography of five full length albums, the most recent titled “lately I feel EVERYTHING,” featuring pop punk hit “transparent soul.” Within these five albums, Willow has explored genres from pop to punk to indie alternative, making her mark as a versatile and experimental artist with no sign of slowing down. She’s best known for her soulful, electrifying vocals and instrumental prowess, two attributes that shone during her show as Binghamton University’s fall concert headliner, where she played lead guitar throughout the set.

Willow’s Binghamton University show took place on October 7th, 2021, where she made history as Binghamton University’s first female headliner. Binghamton University’s events center saw a strong turnout by the student body, many of whom opted for the covid-19 safe pit, structured in clusters in order to promote social distancing while preserving the integrity of the concert experience. With the stage set and packed stands chanting with anticipation, opener Daniyel put the music in motion. An atmosphere of camaraderie and high energy heralded Willow to the stage, where she opened with recent hit “transparent soul”, along with which the amped-up crowd sang in chorus. The displays on stage featured photographic montages of Willow’s band, album art, and photoshoots in which she herself modeled, bringing to life the art and inspiration behind her music.

During the concert, The Women’s Network Binghamton University chapter spoke with Student Association Programming Board (SAPB) Concert Chair Olivia Le, who touched on her personal experience working with the SAPB and Willow.

“Myself, along with the vice president of programming Lucas Bianculli and my vice chair Shira Geula had been planning the concert since May...it was really exciting because this is the first time I personally have organized a concert, and we chose Willow based on both the fall survey results and our desire to bring a different genre to the stage," Le said. "Organizing this event has given me the opportunity to gain hands-on experience…during the show it was really amazing to see all of your hard work finally come to life and see people enjoy what you planned.”

Further, we asked Le what her favorite part of Willow’s performance was, from behind the scenes. Le said, “It was definitely seeing all of the attendees really enjoying themselves, enjoying the music, enjoying the show, because I myself along with the rest of SAPB team put together this concert for that sole reason. We wanted them to get the chance to see an artist like Willow, in person and in concert. As far as planning went, my favorite part was collaborating with all of the people I was able to work with. I’m grateful to have had help from employees from the University like Jen Keegin and Matt Johnson, as well as Ze Zeon who runs the events center, and Daniyel and Willow’s teams. Myself and SAPB couldn't have done it without them.”

Additionally, we spoke with Binghamton University’s Media and Public Relations Intern Owen Holland, who photographed Willow’s performance. Of the show, he stated, "I had an exciting and rewarding experience photographing the Willow Smith concert. Her use of guitar and band accompaniment produced dynamic photos for Binghamton social media, all taken while jamming to songs I recognized from TikTok like “Meet Me At Our Spot” and “Transparent Soul”.” Of his entire concert experience, Holland said, “I really enjoyed her stage presence particularly her interaction with the audience. She addressed the crowd, sincerely thanking them after each round of applause following each song, which was both funny and genuine.”

Willow’s Binghamton University performance was a resounding success, particularly in the crowd engagement she brought to the stage and audience throughout the show. The atmosphere following the concert was infectiously energetic and hopeful, and I can’t imagine I was the only one with her dazzling outro of “Meet Me At Our Spot” stuck in my head throughout the days following.

In congruence with the waves she’s made in the music industry, Willow Smith has achieved notable success in charity work. A rampant social advocate and activist, Willow has made an impact in the world of philanthropy from a young age, most notably in her work with Project Zambi. Project Zambi works to raise awareness for children orphaned by the AIDS epidemic, and working as an ambassador alongside her brother, Jaden Smith, Willow has worked to provide advocacy and change for those affected. Additionally, Willow has made appearances on the television talk show Red Table Talk, which has, since its airing in 2018, hosted a forum for discussion on a variety of relevant social topics including discussions of mental health, sex positivity, and BIPOC struggles in contemporary society. Recently, Willow openly disclosed her views on sexuality and polyamory in an act of candor and visibility, as a steadfast ally to and member of the LGBTQ+ community.

Willow Smith’s ability to consistently pursue multiple avenues of work in media, entertainment, and philanthropy speak volumes as to her success not only as our fall headliner, but as a black, LGBTQ+ woman in a male dominated industry. One needs look no further than Binghamton’s previous headliners, such as Post Malone and 21 Savage to see that the masculine sphere is pervasive in the performance world. This renders Willow’s fantastic performance at Binghamton University all the more significant, in that it relays a message to each and every woman watching her on her journey with pride: women’s capability and drive knows no bounds, no matter the industry. Willow’s wild success and its continuity have proved a great testament to that.